Most often when we use the term “image” we’re referring to something that is visual. Literature depends for much of its impact on the skillful deployment of images; the reader’s emotional and intellectual experience is created by the pictures evoked in the mind that create or give depth to the events and emotions presented by the writer. The image affects the “mind’s eye,” or sometimes the mind’s ear or nose or fingers. So it’s fortunate that the poem my student is describing has a lot of images—or, rather, that it has a lot of images that depict strong images—and that they’re easy to visualize: that is, they are clear and accessible to the reader.

Here’s the whole sentence, though:

“There are many images in the poem that depict strong and easy images to visualize, such as ‘you walk by faith in the darkness.'”

She is being conscientious here, following her general statement with a clarifying example.

Except that the example does not offer clarification, beyond the clarification that she’s really not sure what an image is, or what visualizing involves. “Faith” isn’t an image, although I guess if it had been capitalized the reader might imagine “you” walking alongside a friend named Faith… Hawthorne’s “Young Goodman Brown” comes to mind… but here the word “faith” is an abstract term for a whole range of ideas and absolutely no pictures.

And I guess I can visualize darkness—actually, visualizing darkness is a component of a get-to-sleep exercise I sometimes engage in—but most writers would try to present an actual image to help the reader imagine the quality or character of that darkness, not merely say “darkness,”: I don’t know, “black as the pit from pole to pole” springs to mind, thanks to William Ernest Henley’s “Invictus,” memorized back in the eighth grade. See, now, that’s an image, and largely for that reason the line lingers in the mind.

Student writers often try to pump up an idea or a reading beyond what it deserves or can bear. Such was the case here, where my student had chosen for her analysis essay a poem by a sincere beginner, a poem that was a poem by virtue of its short lines, not the experience offered to the reader, and the poet a beginner who had not yet learned that poetry is much more about showing than telling. This poem spoke throughout in terms like “generosity,” “courage,” “sacrifice,” “love”… the only actual image in the whole poem was “trembling hand,” and that was meant literally. But the assignment asked that the analysis include a discussion of the poem’s use of imagery, and so my student did her best to engage in such a discussion, rather than comment that this poem actually lacked imagery, instead leaving the reader to give substance to a list of abstractions through his or her own experience or insight.

So I, as the reader of her essay, am left with this image, a picture of someone walking by faith in the darkness: 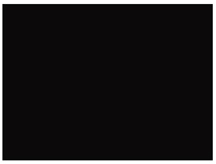 Teacher of English writing and literature (college-level); academic-freedom activist; editor and copy editor; theater director, costumer, actress, playwright. END_OF_DOCUMENT_TOKEN_TO_BE_REPLACED
This entry was posted on Wednesday, March 27th, 2013 at 1:02 pm and tagged with imagery, visual literature and posted in clear thinking, education, humor, literary understanding, literature, poetry, student writing. You can follow any responses to this entry through the RSS 2.0 feed.
« “The two are on their respected balconies at the same time.”
“With the research of the history I will know about the other countries and how they were before I got there.” »