“Eteocles was buried with full military honors while fighting for his country.”

That’s one strange country, to bury a man (with or without full military honors) while he’s still fighting.

The “country” is Thebes, and the burial of Eteocles (and Creon-ordered NON-burial of Polynices) precipitates Antigone.

Creon’s edict hinges on his interpretation of the crown-sharing agreement between these two sons of Oedipus. Eteocles refuses to let Polynices take his turn, ejecting him from the city instead. Polynices returns with a small army, and in the ensuing battle the brothers meet in single combat and kill each other. Uncle Creon, considering Eteocles a patriot for defending the city against an invader (rather a flimsy bit of reasoning, but Creon probably always liked Eteocles best), orders a state funeral for him and orders Polynices’ body left for the carrion birds to consume. This isn’t very good for someone who believes that the dead walk in the Underworld but only if buried, and are intact in the Underworld only if all their parts get buried—which is why, incidentally, Medea was so clever to chop her brother up and cast his remains on the sea as she and Jason fled in the Argo: daddy had to pause in his hot pursuit to grapple the waves for the bits.

But back to my story, as the Nun’s Priest said so often during his tale of Chaunticleer and the fox…

Antigone is the great play that follows the boys’ two sisters and Uncle Creon in the struggle over Polynices’ corpse. It is an intense debate between the laws of man and of the gods, and on the question of human duty.

Not really addressed in the play, or in the myth for that matter, is the underlying fact that Eteocles is a promise-breaker and budding dictator. It’s the great irony of Creon’s law.

Anyway. My student meant to say this, that because Eteocles was deemed to have been fighting for his country, after his death he was buried with full military honors. She just skipped the part about dying. She might have felt that since the burial takes place before Antigone begins, the basic facts should be sketched in as quickly as possible in a discussion of the play. But here she goes a little too quickly, making the reader inevitably wonder if Eteocles fought back while the priests and mourners tried to thrust him into the ground.

Is it possible to be buried and still fight for your country?

In the case of the hero whose birth and life we honor today, I’d say Yes. He is fighting still, via the minds and bodies of those who have taken up the causes of racial equality, and equality of opportunity, and peace, and work with honor, the causes he died fighting for. 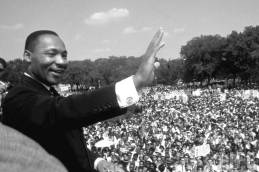 He truly fought for his country, and he is fighting still.

Eteocles? Not so much.

Teacher of English writing and literature (college-level); academic-freedom activist; editor and copy editor; theater director, costumer, actress, playwright. END_OF_DOCUMENT_TOKEN_TO_BE_REPLACED
This entry was posted on Monday, January 16th, 2012 at 10:11 am and posted in education, humor, in memoriam, literature, misplaced modifier, student writing. You can follow any responses to this entry through the RSS 2.0 feed.
« “People blame one thing after the next.”
“People thought the Titanic was going to be indestructible because it was the greatest ship they had made so far.” »

One response to ““Eteocles was buried with full military honors while fighting for his country.””